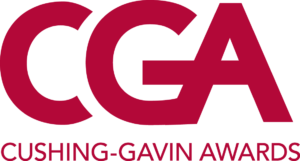 John is Vice-President of Employee Relations & Compliance for Student Transportation of America, Inc., a school bus transportation company with 22,000 employees in the United States and Canada. At STA, John represents the company in labor negotiations, arbitration, mediation, and advising on employee relations matters.

Prior to joining STA, John served as Deputy General Counsel for Steward Health Care System LLC, which purchased the former Caritas hospitals, including St. Elizabeth’s Hospital. There John was responsible for labor, employment, and business matters. At Steward, John had a close working relationship with 1199SEIU United Healthcare Workers East, the Massachusetts Nurses Association, and the Area Trades Council, among others.

Before going to Steward, John was a labor and employment attorney for First Student. That company was the successor to Laidlaw, Inc. (both school bus transportation companies), where John was Director of Human Resources responsible for the Northeast Region, including states south to Florida and Louisiana and west to Pennsylvania.

John began his management career as an Examiner and later Manager of Labor Relations for Conrail’s and its successor Metro-North’s passenger rail operations in New York City. While working at Metro-North, John attended law school and before receiving his degree joined Morgan, Lewis, and Bockius’s New York office, where he became an associate after graduating. In 1988 John moved to Milton, Massachusetts, and joined Edwards & Angell’s (now Locke Lord) Boston office.

John’s initial experience in labor relations was as a Shop Steward for AFSCME Council 94 while in graduate school and working full-time at the Doctor Joseph Ladd school in Exeter, RI, as an institutional attendant. As the son of the late Giovanni Folcarelli and Jane Walsh Folcarelli, his father served as Lieutenant Governor of Rhode Island from 1964-1966 and was a longtime leader in the labor community. He was Executive Director of AFSCME Council 94 for many years. John speaks to the witness value that his father provided in support of labor, while his own experience in labor advocacy and management responsibility speaks to the importance of human values and community in labor-management relations.

John lives in Milton, Massachusetts, with his wife Patricia. He has four grown children, Meg, Jack, Francesca, Anna, and one grandchild, Gilberto Alessandro Bortolussi. John is an elected Trustee of the Milton Public Library and Milton Town Meeting Member.

John is a member of the Massachusetts, Rhode Island, New York, and Pennsylvania Bars.